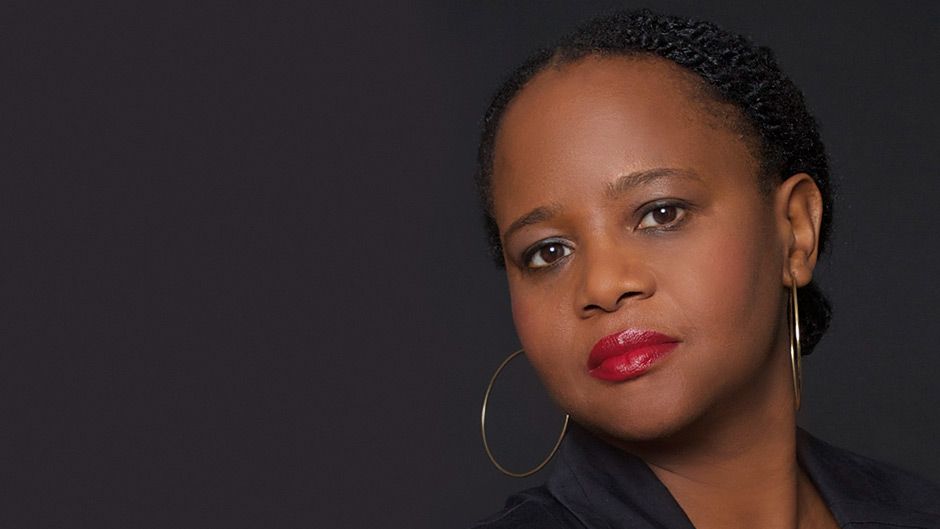 The school year in Haiti is off to a difficult start as protests around the country caused delays and unrest, pushing back the school start date from September 9th. As the situation calms down, Haitian students, parents, and teachers are eager for school to start next week. In honor of the challenges and opportunities of a new school year, we sat down with Haitian American novelist Edwidge Danticat to reflect on the start of school in Haiti and some back-to-school traditions that she remembers most.

The incredibly talented Mrs. Danticat just released her new book, Everything Inside, and you can purchase it HERE on Amazon. We’ve already purchased a copy for our office library, and we highly recommend it!

You first attended school in Haiti, then in New York City when you moved here at age 12. What was the most memorable thing about this transition (good or bad)?

The good thing was being able to live with my US-born brothers and my parents after being separated from my parents since I was four years old. (My father had left Haiti when I was two and my mother when I was four.) The hard thing was arriving in the US in the early nineteen-eighties at the height of the AIDS epidemic and having Haitians being declared by the Centers for Disease Control to be at “high risk” for AIDS. (Something that still follows us today.) It was a time of great concern in the Haitian community because many people were stigmatized and were losing their jobs. When I started school, other kids would hit us and call us dirty Haitians. Our English as a Second Language class was even excluded from a school wide trip. Also not speaking English and adjusting to a whole new life was not easy. But I started reading a lot and tried to focus on my school work. That helped take my mind off things.

Did you have any back-to-school traditions as a child that you’ve carried on with your children?

When I was a child in Haiti, the big back to school thing was getting your uniform made. There was a seamstress in the neighborhood who made all the school uniforms. We brought the cloth from the school and brought it to her. She took our measurements and in a few days the uniform was ready. I can still see my old uniform in my head: brown skirt and brown and white checkered shirt. My uncle would also take me to a shoemaker near the house to have some school shoes made. My legs were a bit crooked so I always got some calf length boots that I hated. On the first day of school, we always stopped by the neighborhood photo studio to take a picture in our uniforms and with our school bags that looked like brief cases. I don’t remember there being backpacks back then. Initially the pictures were to be sent to my father in New York. Then they were for both my parents. I guess the way this tradition continues here is with back to school shopping, which my two daughters love. We take a picture too that I text to friends and family members. They do the same for us with their children.

Your bio on Wikipedia says you originally intended to be a nurse before your love of writing won out. What empowered you to make that decision and dedicate your life to storytelling?

I went to Clara Barton High School for the Health Professions, which meant that my path was pretty much set towards medicine. Part of my high school education was volunteering at a hospital. I volunteered twice a week at Kings Country Hospital in Geriatrics. When the patients I helped with died, their deaths devastated me so much that I realized I couldn’t do this type of work for the rest of my life. I have had wonderful nurses and doctors take care of both my parents as they were dying, so I know it’s incredibly important work, but I just couldn’t see myself doing it for the rest of my life. I loved reading and writing and have been writing in some way since I was nine years old, so I decided to give that a chance. I figured even if nothing became of it, I could become a teacher and write on the side.

Hope for Haiti’s vision is for joyful children, healthy families, thriving communities, and the resources to make it so. What role do you think education plays in this vision for a healthy and thriving Haiti?

Education is crucial to the present and future of Haiti. Sadly, so many children are not getting an education at all, much less a good and solid one. Most parents pay nearly half of their already meager income for an education for their children. The fact that a lot of students suddenly start school in French when in many cases they have never spoken it in their lives, adds to some of the issues in processing information rather than merely reciting things.  To have thriving communities, we need an educational system that really thinks of the whole Haitian child. To paraphrase our friend, the linguist Yves Dejean, in order for the country to not be upside down (tèt anba) we must have a school system that is not upside down.

You once said “I think Haiti is a place that suffers so much from neglect that people only want to hear about it when it’s at its extreme. And that’s what they end up knowing about it.” What would you like people to understand about the Haiti you know and love?

This is now its own cliché, but that Haiti is a very beautiful place. There are a lot of hardworking people there. We have a proud revolutionary history, and great music, literature, and art. We also have serious problems that will not be solved unless Haitians are included, involved and listened to and are fully part of the solution.

You can help send children in Haiti back-to-school with all the supplies they need to have a successful year. Just $5 supports one child! 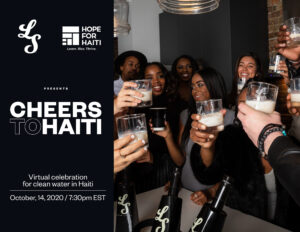 Raise a glass with Hope for Haiti and LS Cream Liqueur on October 14th for a unique and impactful Virtual Celebration and Tasting! Every ticket purchase will help provide clean water access to families in Haiti and includes a bottle of LS Cream Liqueur that will be shipped to the ticket holder. Register by October 4th to ensure your bottle will arrive ahead of the event!